Since, For & During.....often confusing Prepositions

Here is a useful notes and a slide on the prepositions  FOR , SINCE & DURING
We normally  use 'since & for' in the  Perfect Continuous sentences to denote point of time and period of time respectively.
Examples: 1. She has been attending dance classes since her third standard /  last year/  2014/  childhood/ last January   ( Point of time)
2. She has been attending the dance classes for the last two years/ last few weeks/ one month / a decade. ( Complete Period of Time  )
3. I studied my Diploma during the academic years 2011-2014. / I like to visit new places during Summer. ( an entire period / in the middle of the period )
4. I didn't buy the book since I have a soft copy of the same version. ( 'Since' as conjunction)
5. I hate watching films in theaters for it is waste of time and money.( 'For' as conjunction) 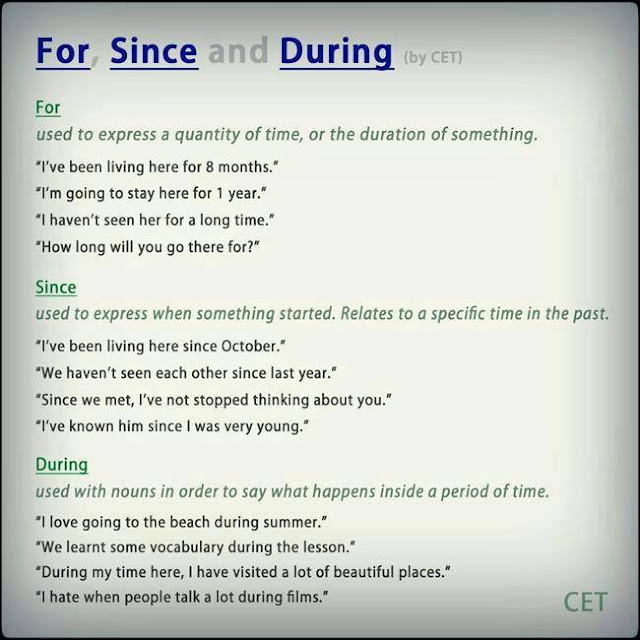