Here is an interesting exercise. Read the dialogue box of each person and choose the correct describing word (characteristics)  from the given list. This activity is similar to the fifth activity  in Lesson 4 in 'English for Polytechnics -Communicate Better -book-2 '(Describing objects and people  ...in Common 408  / CM-308 / EC-309 )

Note : Observe the omission of  one or more letters denoted by an apostrophe
Example: - Robert's a  good person . ( Robert is a ....)
Apostrophe is used to denote missing letters and also  to indicate possession of something.
Ex: It's Robert's book. / They've repaired their dad's car. 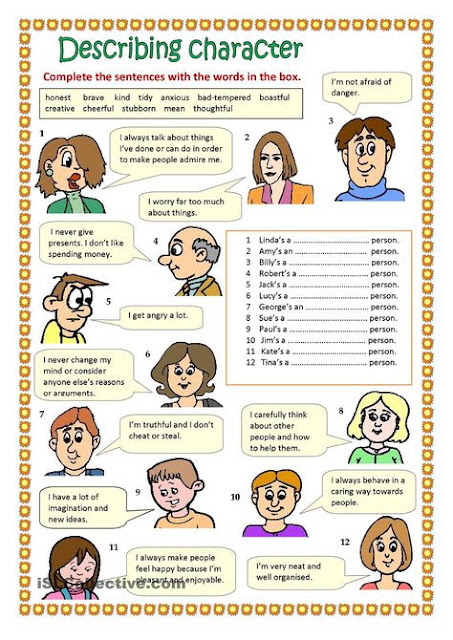